The Phenomenon of Death and Crossing over Souls

When a person dies the souls return to their appropriate soul group. A soul group is a group of like minded souls that come to Earth to experience a similar lifetime event and/or learn the same lessons.  However, when death occurs suddenly it is shocking to the soul. A soul may not realize the physical body is dead. When this occurs the soul becomes stuck in a ‘time zone’ so to speak. It will relive the activities it was involved with just before time of death and lingers in the third and fourth dimensions. Generally a soul is not visible to the naked eye. Sometimes a soul will have enough energy to manifest as an orb of light or an apparition. We commonly refer to these as ghosts. In almost every circumstance the soul is attempting to find someone to help them cross over.

I have freed thousands of these souls this past year in Maui. They’ve all had stories to tell about their lives here and what they learned while on earth. At times the souls return to visit a relative or friend. Our loved ones are only a thought away. Perhaps what you think is a ghost in your house may be a relative trying to contact you. If there is a spirit on your property or in your neighborhood I would like to know about it. I would like to free it and send it to its proper destination and give it the rest it deserves. Or, if it’s been disturbing you, I should say give you the rest you deserve. Please let me help you discover who it is. 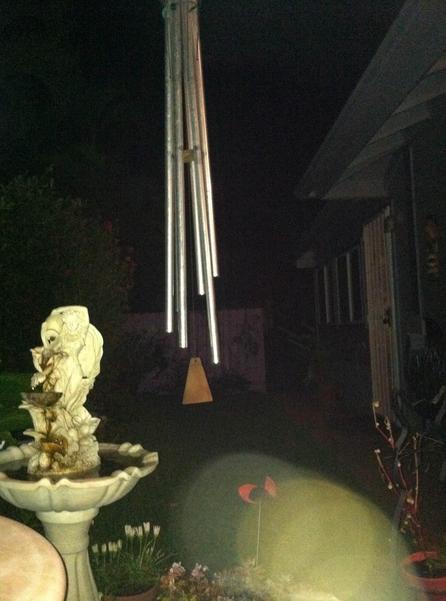 The Concept of Binding and Loosing

There is a scripture in the Bible that states ‘ I give you the keys to heaven and whatever you bind on earth shall be bound in heaven and whatever you loose on earth shall be loosed in heaven.’ What on earth does this mean? In reference to subtle energy I would like to give a simple explanation. . The concept of binding simply means we are attaching ourselves to something and loosing means we are releasing ourselves from something. The term heaven refers to the universe and earth refers to the energy attached to the earth and our physical body. The term energy cord is used to identify an attachment from one person to another. Sometimes cords need to be released from a person, place, or object.

The Law of Divine oneness explains that we are all indirectly connected together as part of the whole.  The energy that we are comprised of and radiate to others has an affect upon each of us and the universe. When we become involved with a person, place, or object (food) we attach its energy to us. This can be beneficial or non beneficial to us either individually or collectively; both on earth and our universe. We need to be careful what we attach ourselves to and if we find it is not beneficial then we can exercise our power to release it or loose it from our life. This can be eliminating toxic foods from our diet or cleaning up our environment. My role as an energy worker is to help our planet eliminate toxic energy from people, places, and things.

The Crossing Over of 550 Low Chinese Souls

I crossed over 550 low Chinese souls. These were men, women, and children that died of different causes on Maui in the isle from 1850 to 1920AD. This was the offspring of the original Chinese that immigrated to Maui to work as laborers. They understood that they were dead because they could not do physical things that they could do in the body. They were greeted by one of their ancestors after death and instructed to congregate together until all had died. Then they were to wait until the shift in the earth magnetic field (2012) and find someone to help them cross over. They understood that I used the Galactic center energy to help raise their consciousness so they could reincarnate at a higher level. They had practiced Zen and understood reincarnation and ancestral spirits. This was one of the most evolved low soul groups that I had experienced. They had been looking for someone who was dedicated to crossing over souls. The soul group was tired of reincarnating and they wanted to know if the next time they could make it their last. I told them each low soul needed to be selective in choosing a high soul so they can merge as one to ascend in the next lifetime.

They had chosen Maui to live to purify their souls since it was a very difficult place to work as manual laborers without a place to go to if they decided they didn’t want to continue.

As I was crossing this group over we were able to catch a picture of the energy of the vortex that I created in the crossing over of this soul group back to Earth Mind. The Akashic records is located in the energy field of silicon dioxide in the Earth and holds the memory of our lower consciousness. I astral projected myself with this group to experience what it was like to be in Earth Mind with their soul group. My angels assisted me by keeping the portal of light open to return. They guided me along with the souls until we reached a large cave like room with enough light to see the outlines of the souls. They were dressed in hooded robes. Since they didn’t have human bodies the figures represented the lower soul of a person or the energy field of consciousness that represented them. They were greeted by their ancestors and they divided into groups of ten to discuss their lifetimes while in the physical body. They were then moved around into other groups to discuss what they wanted to do next. The choice was theirs. After I finished observing these souls I returned back through the vortex into myself. There is a picture of the vortex that I traveled through so you can get an idea of what it is for a soul to travel back to its soul group after death.